When and How to Use Bipolar Scales 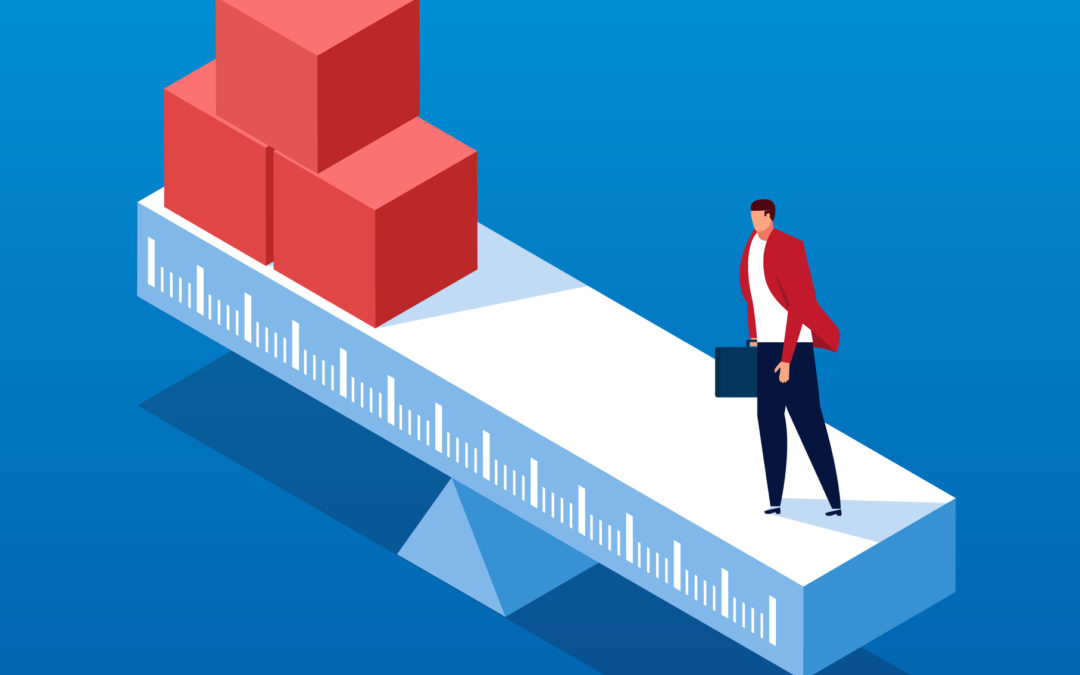 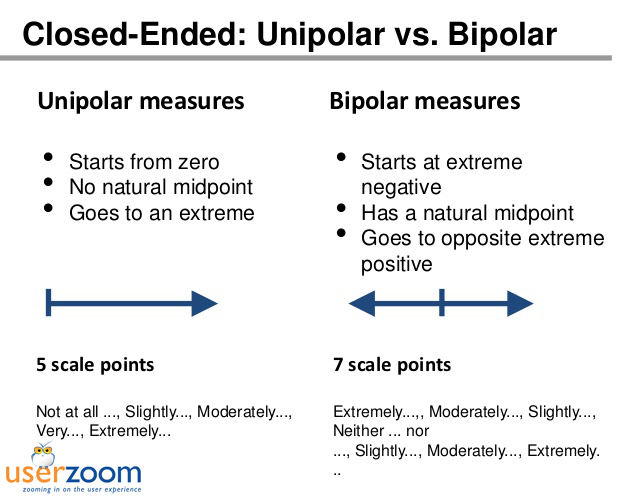 The Difficulty with Bipolar Scales

Here are some of the issues with bipolar scales:

Bipolar satisfaction, importance, and likelihood scales can easily be replaced by unipolar scales that will be more reliable and easier on the respondent. This is a version of those as unipolar scales:

Some other scales can be re-phrased as unipolar scales as well. Dagmar Krebs found no impact on reliability between unipolar and bipolar scales for an agreement scale (Not at all agree to Strongly agree, vs. Strongly disagree to Strongly agree), although you should use construct-specific scales rather than agreement scales wherever possible. (Earlier work by Krebs and Jürgen Hoffmeyer-Zlotnik also didn’t find significant differences between scales based on scale polarity.)

Use Bipolar Scales for Quantity, Liking, and Word-of-Mouth Measurement

Semantic differentials are a form of question battery where every item uses a different bipolar scale, with only labeled endpoints. For instance, sweet vs. bitter, healthy vs. unhealthy, and affordable vs. expensive to rate a presented concept for a grocery item. The endpoints used in such scales are sometimes not true opposites.

Break Bipolar Scales into 3 or 4 Questions

Malhotra, Krosnick, and Thomas show that breaking bipolar scales into multiple questions improves criterion validity over using single questions. For instance, instead of using a 7-point bipolar scale, use these three questions:

Those who said “neither increased nor decreased” aren’t asked a followup question, as it does not improve validity.

Here’s an example liking question referenced in the same paper: “When you think about George W. Bush as a person, do you like him, dislike him, or neither like nor dislike him?” followed up with “Do you [like/dislike] George W. Bush a great deal, a moderate amount, or a little?”

A common bipolar scale ranging from “Strong Democrat” to “Independent” to “Strong Republican” has proven to be less reliable, confounding partisan identification and independence, with a separate follow-up question needed to sort Independents into “lean Democrat” or “lean Republican.”

While each of these examples use three to four questions to capture attitudes, those attitudes are then measured and reported on an underlying 7-point scale for analytical purposes. (Again, this scale outperformed 3-, 5-, and 9-point scales.) So the answer to the military question is analyzed as with this scale:

Another alternative, if detailed correlations between variables isn’t required, is to limit bipolar questions to the three choices of that first question: “Do you think that the amount of money the federal government spends on the U.S. military should be increased, decreased, or neither increased nor decreased?” This question alone may be sufficient for newsmaker studies, for instance.

Although commonly used on questionnaires, the bipolar question is often misused. Replace it with a unipolar question where possible. Where a bipolar scale is the best, and the question is central to the goals of the research, ask it as a series of three questions (or four, in the case of partisan identification).

First published on July 25, 2017, but updated with better examples.