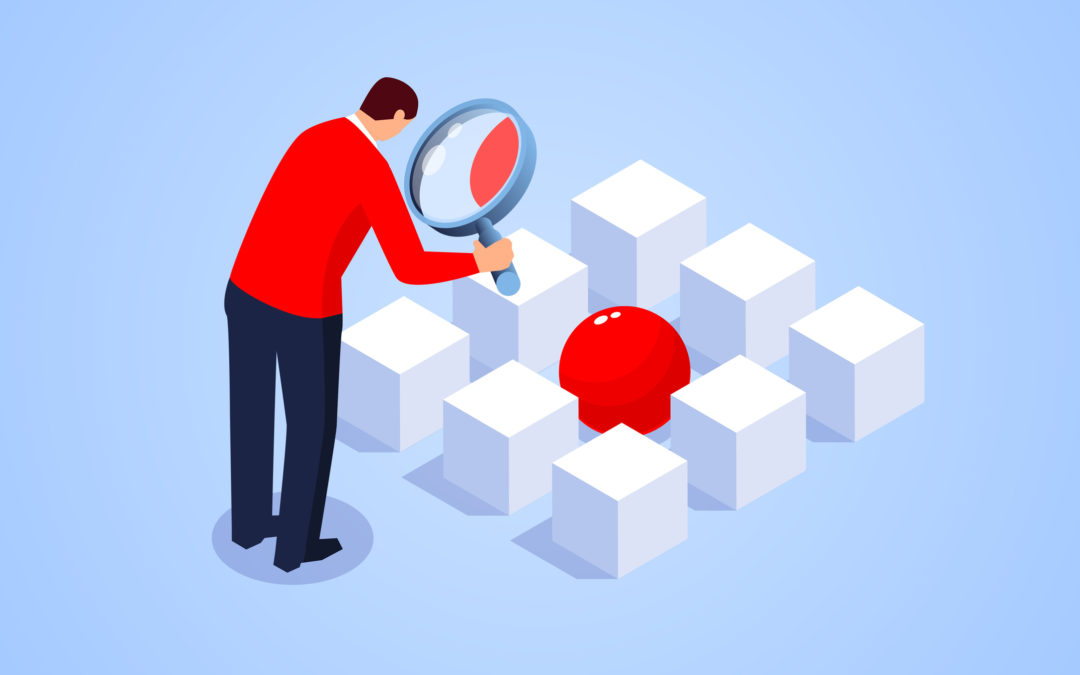 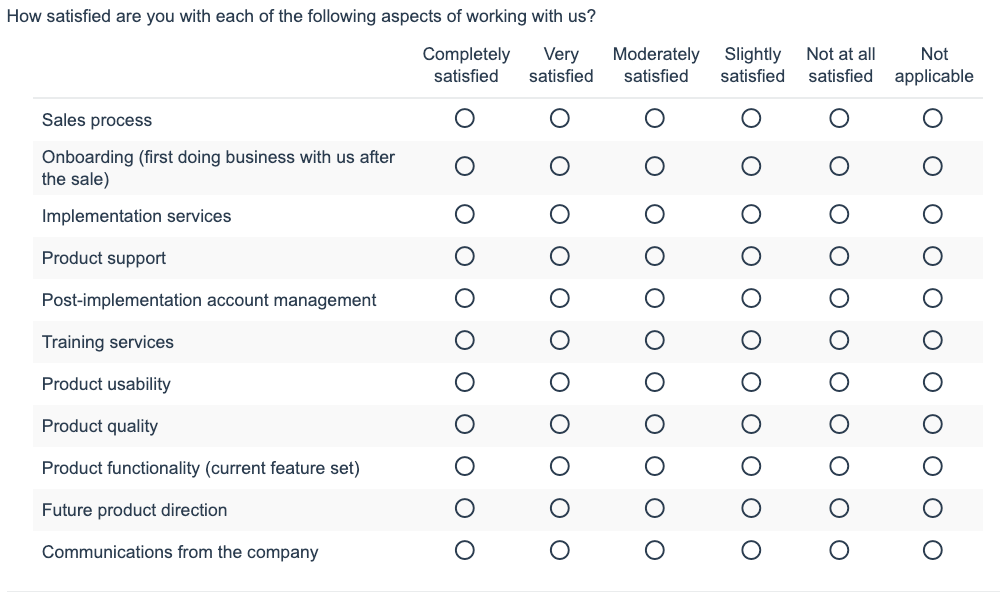 Grid or matrix questions are a concise technique for visually representing a series of items to be rated on a common scale. Unfortunately, grid questions raise a number of issues:

The simple way to address these issues is to ask the questions separately instead (called “item-by-item format”). Splitting the matrix into its component questions has greater predictive validity according to SSI’s report “Grid Test Summary” (March 2009), perhaps precisely because doing so does take participants more time to answer each question. In “An experiment comparing grids and item-by-item formats in web surveys completed through PCs and smartphones,” Melanie Revilla, Daniele Toninelli, and Carlos Ochoa replicated this work, finding longer completion times for the item-by-item format and concluding that using this format improves the comparability of responses collected from smartphones vs. computers.

Item-by-item presentation is often done automatically when rendering surveys for the web, depending on the survey tool. For instance, the first two rows of the above grid question are displayed as the following screens on a mobile phone: 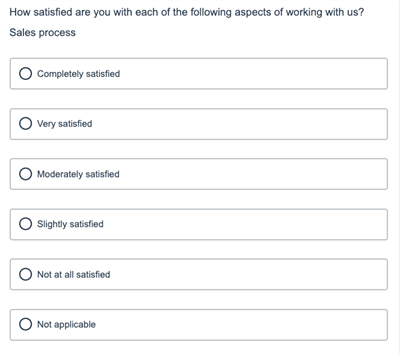 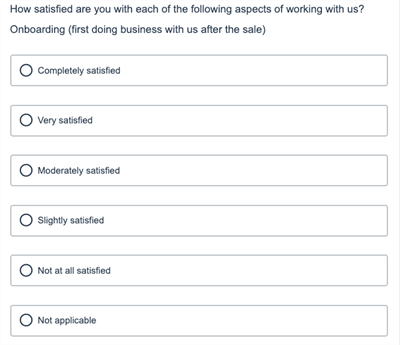 For times where the grid cannot be avoided, make sure to repeat column headings regularly, to minimize confusion about which labels goes with which row when selecting a radio button: 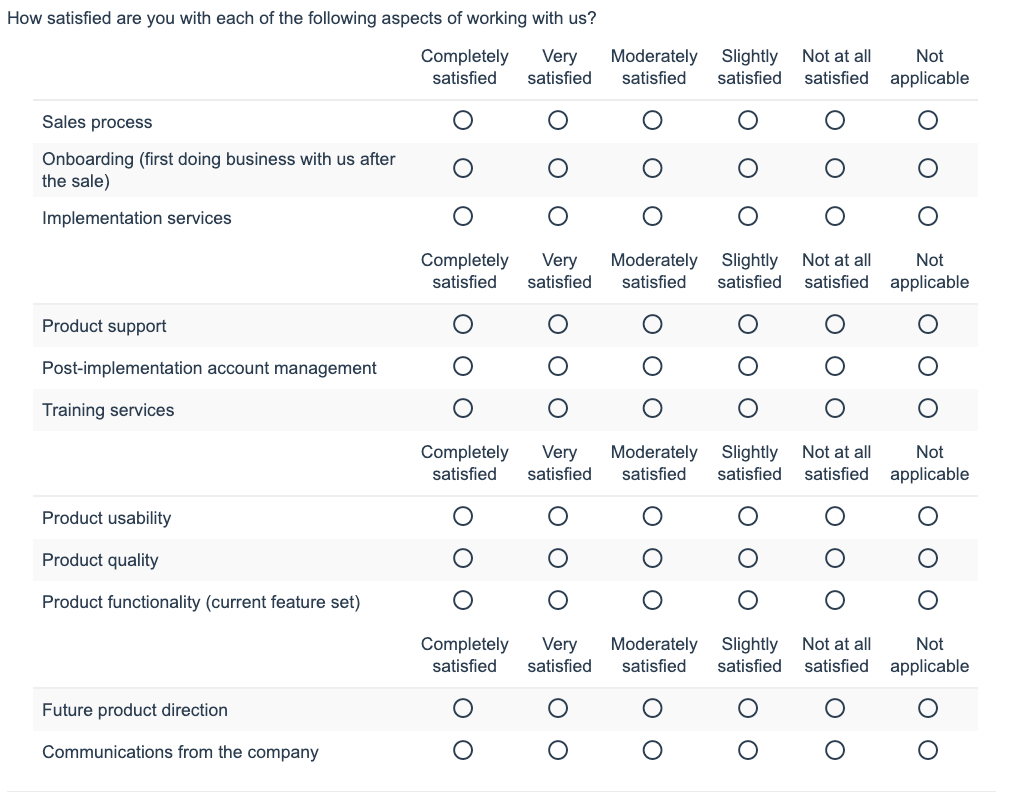 In the Journal of Market Research, David Gal and Derek D. Rucker, authors of the article “Answering the Unasked Question: Response Substitution in Consumer Surveys”, suggest a newly observed participant behavior that can reduce the quality of survey data. “We propose that participants’ answers to questions might sometimes reflect attitudes that participants want to convey, but that the researcher has not asked about, a phenomenon we term response substitution.” While the authors didn’t discuss the impact on grid questions, longer grid questions may be less prone to response substitution than shorter questions, as participants assume that one of the rows will cover the topic important to them; research has already shown that longer grids (10 items vs. 5 items) reduce the halo effect.

Finally, grids consisting of agreement scales are best rewritten to use construct-specific scales.