While 56% of respondents said they took no actions with the idea of improving their team’s chances, most people had friends with superstitions. The exceptions follow:

The most popular superstition that people admitted to believing themselves, at 20% of respondents, was the need to watch the game with certain people. Unfortunately, there were no good anecdotes about this:

However, fans did discuss the numerology of watching: 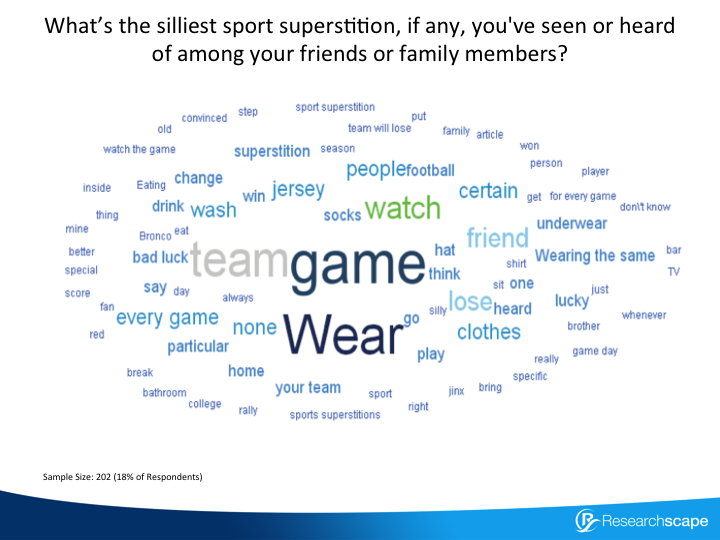 The second most popular self-­reported superstition was wearing certain clothing (17%). This was a favorite topic when it came to other people’s superstitions.

While 10% confessed that they must watch the game for the team to win, respondents didn’t have much to say about this superstition in others: “Not leaving the TV screen throughout the entire game (includes sitting through all commercials).”

Almost as many reported that they avoided saying certain things (9%), and these taboos drew a lot of commentary:

Usually food traditions are about bringing luck, but one fan conducts ovomancy—”I have a family member who makes fried eggs the day of the game. If one of the egg yolks break, he’s convinced his team will lose.” Another looks for omens—”If you break a glass your team will lose.” And then there are aspirations—”If we drink too much, we can win.” The 8% who reported eating specific foods or drinking specific beverages were thinking of rituals:

While 4% have to sit in certain location, everything needs to be in its place:

While there was little self-­‐reported behavior about not watching game to ensure the team would win (self-­‐reported by 2%), there were a lot of anecdotes about others:

As one respondent said, “You have to do the same thing you did when they won their last game”: 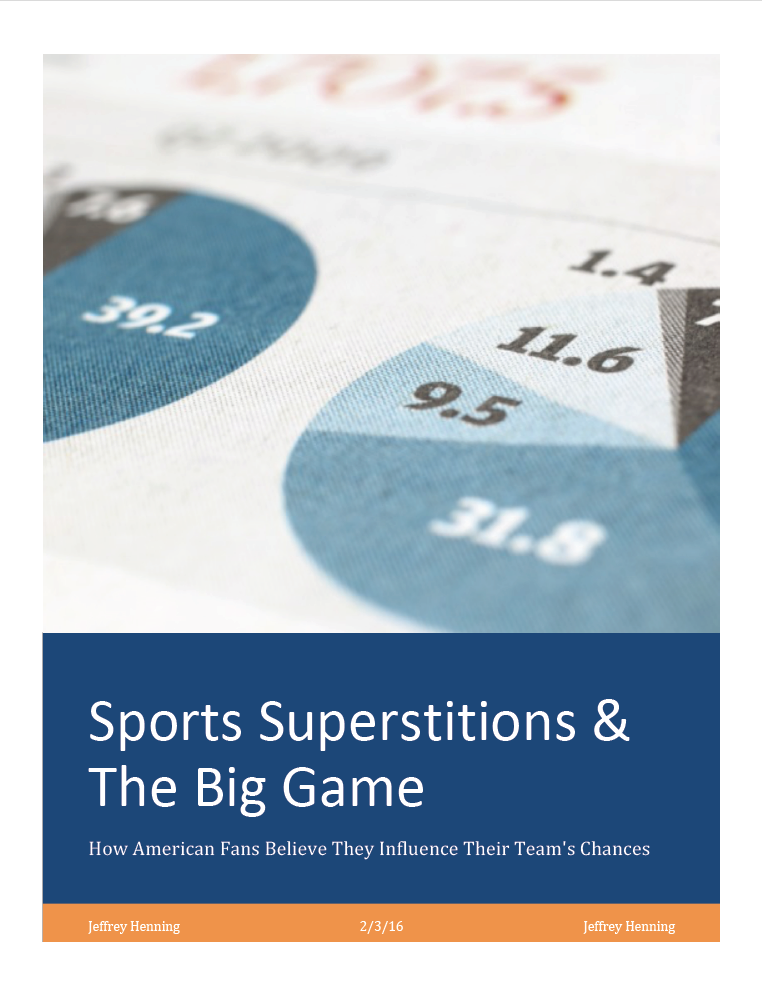