A probability online panel selects candidates for participation through a probability sample (typically using Address Based Sampling) and then relentlessly invites candidates to join the panel. Panelists who lack Internet access are then provided computers or tablets along with Internet connectivity, so that they can participate. They are assumed to be representative of non-Internet households for at least some period after empanelment. 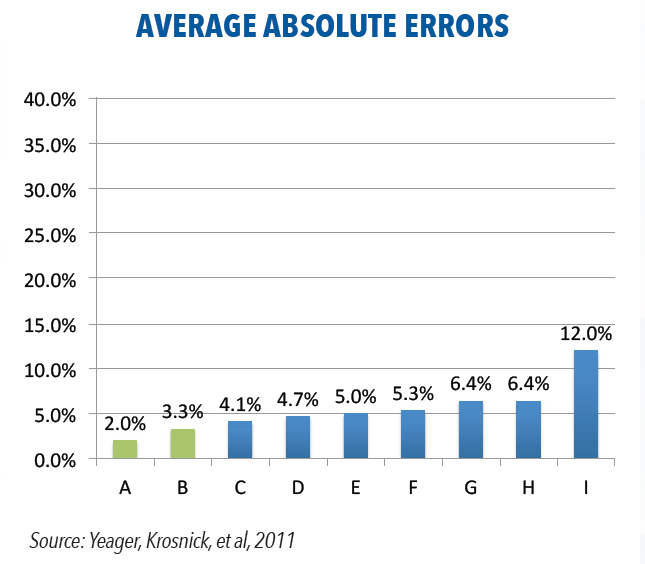 As you can imagine, given the need to provide equipment and Internet connectivity to those without it, probability surveys are more expensive than online panel surveys – $900 per question for a sample size of 1,000, according to Knowledge Networks for their omnibus product. Perhaps the rise of smartphones will lead to new mobile probability panels that hit a lower price point.