Most TV Viewing is Live, Not Time-Shifted 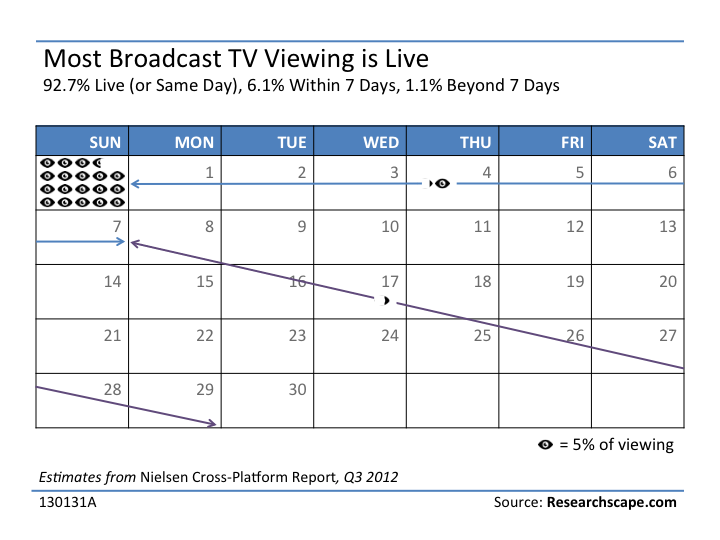 Ever been at a party where someone said, “We never watch live TV anymore”? Well, anecdotal evidence aside, most shows are watched live. According to the most recent Nielsen Cross-Platform Report, 87.2% of broadcast TV is watched live, 5.5% is watched later that same day, 6.1% is watched within 1 to 7 days later, and 1.1% is watched 7 to 29 days later (a category called “Beyond 7” by Nielsen).

Viewer behavior does vary by program or type of program – obviously sports broadcasts are even more likely to be watched live than other programs, while the top 10 shows specifically and science-fiction shows in general have higher “Beyond 7” viewing than other programs. 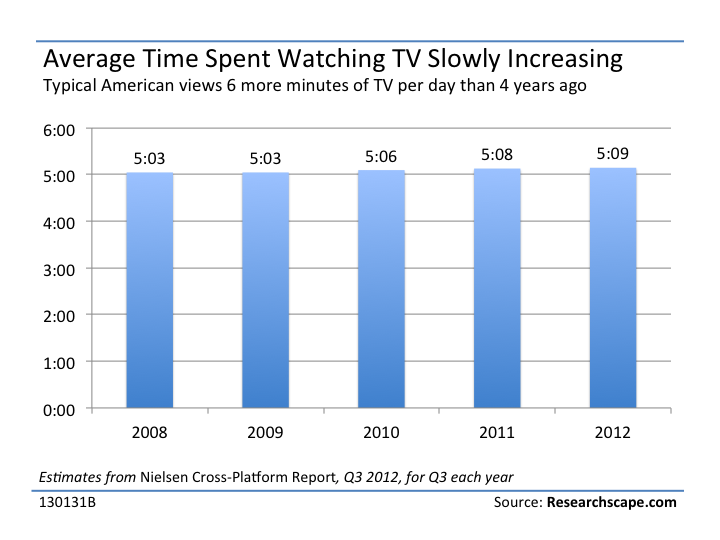 How much time is spent watching video from the Internet? According to MediaPost, Nielsen estimates the average TV viewer spends 5 hours a week doing this – another 43 minutes a day watching video.