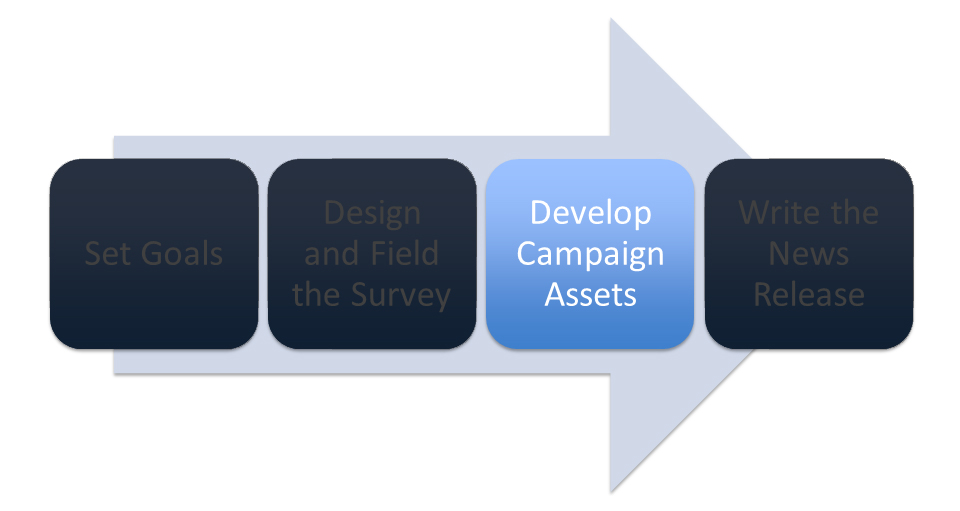 Most survey news releases simply include a summary of key findings of the survey, without accompaniment. Modest additional effort can create news releases more likely to be picked up.

“Surveys are great for me for a blog post or for shorter, more compact, newsy things,” said Fitzgerald. “Ideally, I want a survey that has the appearance of independence, but they are usually company surveys. I don’t have the time to go through the questions to see if they are balanced or asking questions the way an independent researcher would ask them. I want transparency, some sense of its statistical value, what the sample size is, whether it is a one-off or something comparing to earlier periods. I’m looking for timeliness, something that supports my beat, that I can use as a standalone item or that opens a question for a feature. I don’t have the time to do too much work—the publicist should highlight the data and put it into context.”

Some assets to help busy reporters:

The American Association of Public Opinion Researchers and the Poynter Institute train reporters to ask the following questions about survey research results.

“What’s the sample size? What was the response rate? What were the questions? What order were they asked in? Are you introducing bias? I am capable of asking any and all of these questions. It depends on the survey.” – Erik Sherman, business and technology journalist

Although less often cited, the National Council of Public Polls (NCPP) has published its own list of questions for journalists to ask about surveys. This list serves as a useful FAQ for reporters on why the questions are important: 20 Questions A Journalist Should Ask About Poll Results.