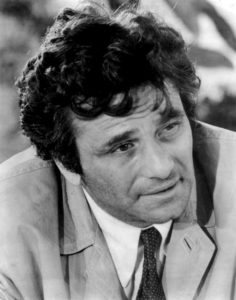 As part of the CASRO webinar series, a few weeks ago Pete Cape, global knowledge director of SSI, discussed his research into respondents’ use of grids. It began with a mystery posed by the 2009 paper, “Beyond ‘Trapping’ the Undesirable Panelist: Use of Red Herrings to Reduce Satisficing” by Jeff Miller and Jamie Baker-Prewitt, PhD, of Burke.

Pete said it was a great paper, but… “With complex things, people take the easy parts out: ask respondents to mark a ‘2’ in a grid, and if they failed, throw away their response. It’s inefficient and not useful. I’ve been intrigued by this paper, but I could find nothing wrong with it.”

He then quoted Columbo… “Just one thing keeps bothering me…”

“We see the results of a grid… but did we ever look inside?” asked Pete. “When we see the output of a grid, we see what people said before they moved on, but no one looked inside to see what people were doing.” By instrumenting the survey to collect paradata, tracking the order in which items were clicked and the time spent per item, Pete discovered:

“The clue was there all the time,” said Pete, quoting Columbo again. The clue? 7% of responses missed the trap when it was the first item.

In another test, of “Sustained Attention to Response Task,” people were asked to click every time the number changes except when the number is 3. Each participant completed 225 trials; on average, they made a mistake 4% of the time. Attention wanders.

“Attention slips in surveys,” said Pete. He gave the example of asking people to enter their birth date. Immediately after entering it, respondents were asked to confirm it: 5.8% reported it was in error. “A simple data entry slip of attention.”

The trap is a violation of the instructions: it has nothing to do with “your work and the company you work for”. [Additionally, it violates the use of the scale, asking you to “disagree” with the statement “Please select the answer labeled ‘2’”.]

When confronted with such confusion, respondents often rely on heuristics:

“For my closing statement,” said Pete, “this is persistent inattention, which is normal human behavior. It is the grid that should be on trial here, not my client, the panelist. I rest my case.”