Backing Netflix: Personal Reflections on a Decade of DVDs 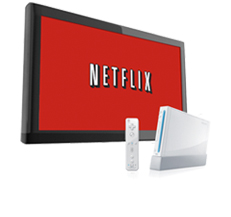 Exactly ten years ago, after listening for months to the passionate ravings of my brother-in-law, I signed up for Netflix. To commemorate that anniversary, I canceled our DVD plan yesterday.

At one point we were getting 4 DVDs a month, but had only been getting 1 DVD a month for several years now. Netflix keeps such meticulous records that I can tell you each of the 440 DVDs that I rented, when I received it and how long I kept it. This makes it easy to see that I should have canceled a while ago. 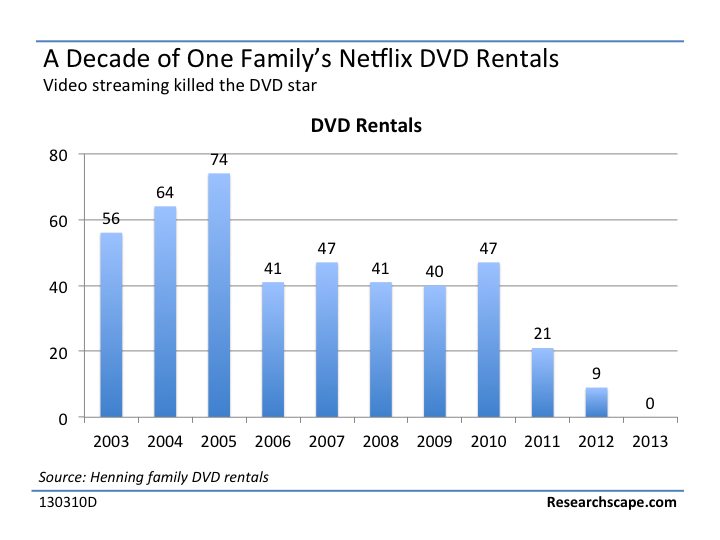 I originally called up this data because we were researching binge viewing, the habit of watching TV episodes of a series back to back, and I was curious about our own binge viewing patterns. My wife was the first: she started binge viewing “The Sopranos” back in 2004, then I started binge viewing “Star Trek: The Original Series” a few months later, then “Stargate” and “Farscape” and “Battlestar Galactica” (old and new). Of course, Netflix’s later introduction of its streaming service made this all much easier, taking an offline phenomenon online. Sadly, I can’t do a complementary chart showing our migration to streaming, as Netflix only reports our viewing history back one month. (What? You don’t graph your personal habits?!)

U.S. television viewers have now reached the point – according to research from both MarketCast and Frank N. Magid Associates – where the majority of us have binge viewed. See our article “5 Myths of Binge Viewing” for the details.

My brother-in-law just canceled his Netflix membership altogether. Yet I imagine in 10 years I’ll still be a Netflix customer – by then my wife hopes I’ll watching shows with her that aren’t science fiction.