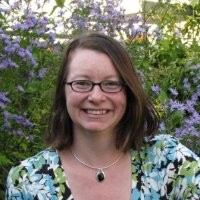 Lili O’Reilly is an experienced software developer and specialist with more than 20 years of experience in a broad variety of industries and organizations.

She joined Researchscape in 2014 and initially served in a variety of roles, including programming surveys, QA’ing automated research reports, and project management and oversight. Her portfolio has expanded to formalizing the company’s project management process and programming in the Alchemer (SurveyGizmo) custom scripting language for custom reporting needs.

O’Reilly left the business world from 2001 to 2013 to focus on raising her three children. But it was hardly time off – she managed the local elementary school parent council, organized events and activities such as BOKS exercise programs, science and movie nights, fundraising, teacher appreciation days, community cleanup days and more.

Previously, for HomePortfolio.com, O’Reilly was a Java developer who designed and developed the web interface for automating the custom development of a website tailored to companies in home design and product sales. Prior to that, she was a software specialist III at xwave where she was contracted to a small research group at Defence Research Establishment Ottawa working on its Advanced Land-based Electronic Warfare Analysis Technologies project. Earlier positions include Smalltalk software programmer for Asset Management and teaching assistant at Carleton University, near Ottawa, where she assisted computer science professors with Smalltalk programming language.

She earned her bachelor’s degree in computer science from Carleton University and in preparation for reentering the workforce in 2014, she learned the iOS development environment and programming in Objective C.

In her spare time, O’Reilly enjoys reading and outdoor activities like snowshoeing, hiking and skiing. She’d garden more, if Ottawa summers were longer.